So here we find ourselves at the end of this road, the final destination of the Camino de Santiago.  The day began before the sun, and for perhaps the first time since the start of the way, the entire crowd launched into the walk together.  The shades of morning were dark, and starless, but the group, along with Lea, a German pilgrim some in the group had befriended the day before, trudged onwards and into a black wood, away from the illumination of the street lamps of Melide.  The woods were quiet, dark and deep, and full of things which do not sleep, namely a wandering of pilgrims buoyed by the strange and electric excitement of the journey’s final leg.  The frontrunners held a typically brisk pace, and as they soon outdistanced the trailing few in those woods, the lights they carried with them bobbed along between the trunks up ahead.  The solemn dark of those woods defied both proper pictures and definition of the place beyond the word “primitive,” but soon gave way to lights beyond the foliage: stone houses lit by the occasional street lamp in the blue morning, out in the misted distance.  It seemed to me a collection of English villages, laid out in the north of Spain.

The path continued through eucalyptus and fern scrub, damp with dew and winding along with the sun.  The group had strung itself out along the thread of the Camino, and with the early hours deterring other pilgrims, it was some time before I personally encountered others walking.  I continued on through small scatterings of towns with little incident, though walking past a school, I did catch the smell of freshly baked bread.  Food was necessary, and stopping in at the next cafe I found, I was fortunate to meet Nikos, Craig, Alice, Kirstin, and Kasey, having a typically Spanish first meal of pastry, coffee, and orange juice.  The way is littered with graffiti from passing pilgrims, drawn up in a dozen different tongues and scripts, and the ghosts of dead in-jokes scrawled across underpasses or signposts.  Reconciliation between petty legacy and petty vandalism came in the form of a small stick of chalk I had unknowingly carried in my pocket from New York, rounded like a stone on the beach by the jostling of loose Euros in my pocket.  I gave it to Craig before the other group left the cafe, confident not only in his tact, but also that the hanging damp in the air heralded a rain which would wash away mere markings made in chalk.

As it turned out,  the subtle “B.C.M.F.” left in white chalk along the path would come to my aid, if not my salvation: twice the people walking ahead of me took the wrong path, and were turned back by locals.  I thus lost precious time at some forks or crossroads, but would sight that somber and respectful acronym and turn back down the proper path, assured in my direction.  I eventually reached Santiago, sighting the new city through the trees from the hill before the urban clutter.  Past the statue of the Templar knight, the modern and Modernist memorials to the medieval center promised to be just a little further by the scallop arrows hidden in plain sight and competition among the traffic signs, and the busy movements of a working city, the trickle of pilgrims spilled into the old city.  I became lost in the buildings of the old city, wandering around each corner and down the cobbled paths.  The architecture was fantastically lavished and imbued with character and history, all laid out beneath the watchful spires of a dozen churches, chapels, and cathedrals dressed in sculpture and ornament.  Following towards the grandest of these towers, I picked out Professor Gyug’s orange beacon in the heart of the plaza before the cathedral and along with Rachel was sent to the albergue, thus ending the long walk.

Santiago condenses itself into a baroque blur, the map of the place winding and unkinking itself along medieval footpaths, street venders and beggars jockeying for attention and charity from tourist pilgrims– and yet, snapshots of it remain clear and memorialized in my thoughts.  The cathedral’s pilgrim’s mass with the showmanship of the botafumiero in particular stands distinct in my memory.  The great swinging censer exhaling gouts of white incense drew both tourists eager for video and pilgrims who had traversed the way for the mass capping the Camino.  For our group, it was dinner which served to tie up the experience along the way.  First was El Gato Negro, a restaurant folded away into the old city’s streets, with green doors and a wrought-iron sign in the form of a crouched cat.  The food, reaped from the sea and served on platters, was brought out in helping after helping, and shared among two back room tables.  The feast was followed up by a bowl of flaming punch, theatrical and dramatic, the hosts ladling spills of fire while the group discussed best memories and lessons learned.  That was the crown to the Camino, and the expression of the bonds formed over the course of that oft arduous walk.  There was no better way to have closed the Fordham Camino, 2013.

Though I cannot of course speak for the group, I can say from a personal stance that this was an experience I am glad I undertook.  The physical misfortunes along the way are little secret, but I am still honored to have walked the path with this fantastic group of individuals, and to have shared in Santiago with the friends I made.  So this is my personal thanks and gratitude, Fordham pilgrims, for a path well trod and a road less-taken: Buen Camino, and thank you sincerely. 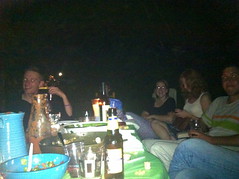 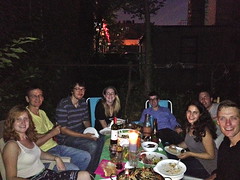 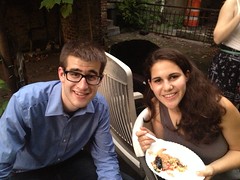 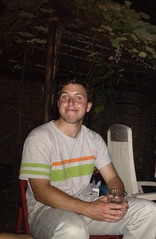 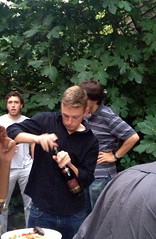 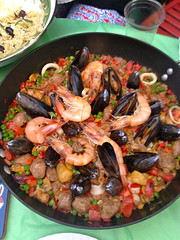 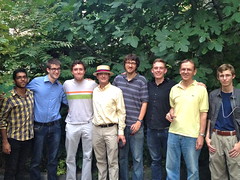 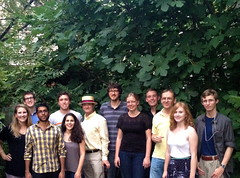 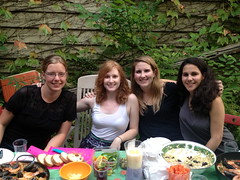 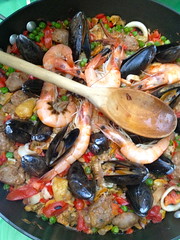